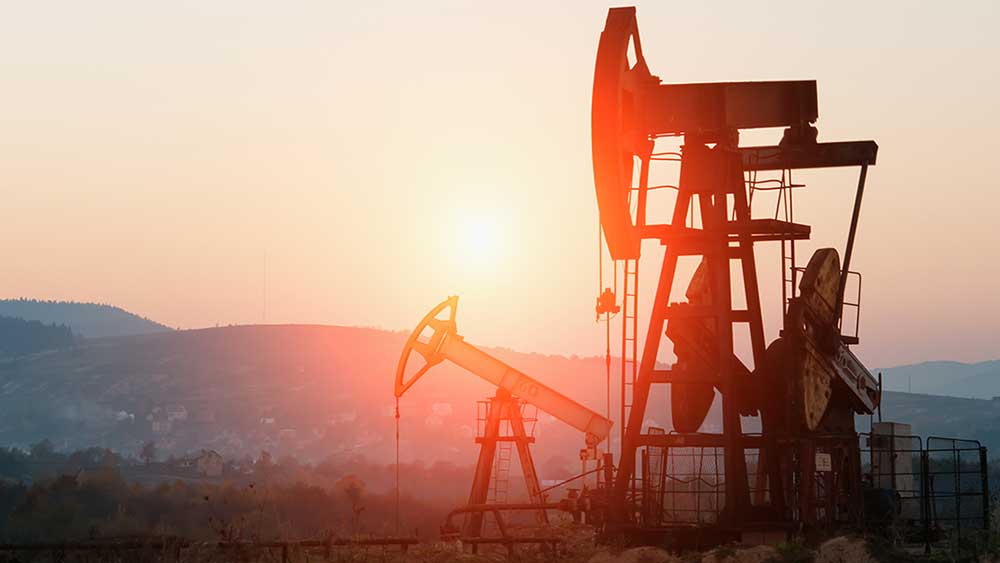 Apple (AAPL) broke out past a buy point late last week. Google stock moved higher in its buy zone, while Amazon flashed at least an early entry. Microsoft stock moved out of its buy zone while Facebook stock looks extended. All FB stock did last week was hit a record high and a $1 trillion valuation for the first time.

The megacap techs, along with big-cap chip winners such as Nvidia (NVDA) and AMD (AMD), fueled the S&P 500 and Nasdaq composite to record highs, while the Dow Jones set a record close.

But many growth stocks had nasty sell-offs or reversals. On the plus side, some growth stocks had more-gentle pauses, forging new buy points. Still, while the stock market rally is in a confirmed uptrend, investors need to follow their buy and sell rules.

Microsoft stock and Google are on IBD Leaderboard and IBD Long-Term Leaders.

OPEC+ talks were postponed Monday, after informal discussions failed to make progress, with no date set for further negotiations after failing to reach an agreement on Thursday-Friday.

Most of the oil ministers back a plan to gradually increase output starting in August, and extend a broader pact through 2022, but the United Arab Emirates wants a better deal for itself.

A modest production hike likely would only partially offset rising demand, as the global economy ramps up.

With no deal to hike production at all, crude prices could continue to soar. On the other hand, if OPEC+, which includes OPEC and Russia, fractures, individual members could ramp up production. U.S. shale producers also could up output, though they are much-more focused on profitability today.

China over the weekend ordered app stores to remove Didi Chuxing, just days after Didi Global held one of the biggest U.S. IPOs years. The cybersecurity regulator said Didi violated restrictions on the collection and usage of personal information, but didn’t offer any specifics. That came just days after announcing a probe and ordering Didi to suspend new user sign ups.

Meanwhile, China has expanded its probe to two other Chinese companies that recently listed in the U.S.: Logistics platform Full Truck Alliance (YMM) and jobs-search app Kanzhun (BZ). Beijing has ordered both to halt new user registrations as well.

China could be trying to discourage Chinese companies from opting for U.S. IPOs, as opposed to Shanghai or Hong Kong. But regardless of the intent, China’s surprise crackdown on three companies within days or weeks of going public will make U.S. investors wary of future New York listings of Chinese companies.

Alibaba (BABA) fell a fraction in Tuesday’s premarket. Tencent was not yet active over the counter in the U.S. Shares fell solidly in Hong Kong on Monday, rising slightly on Tuesday.

In addition to crude oil futures, gold and copper prices also are up solidly.

U.S. stock exchanges were closed Monday, July 5, in observance of the Fourth of July holiday.

The stock market rally had a solid week, capped Friday by a jobs report showing strong hiring was also not sparking inflation concerns.

Apple stock and Microsoft, the only two members of the $2 trillion club, are in the Dow Jones, S&P 500 and Nasdaq composite. FANG stocks Facebook, Google and Amazon are all in the S&P and Nasdaq.

Meanwhile, other sectors were mixed.

The relative strength line for Google stock is just below a record high. That reflects the internet giant’s outperformance vs. the S&P 500 index.

The latest breakout pushed Microsoft stock above a $2 trillion market cap, now at $2.09 trillion. That’s second only to Apple stock, at $2.34 trillion.

The RS line for MSFT stock is now at a 10-month high. Could this Long-Term Leader be ready for another run?

The S&P 500 and Nasdaq composite are at record highs, while the Dow Jones is on the cusp of doing so. The small-cap Russell 2000 retreated.

Megacap and big-cap tech stocks fueled the major indexes last week. That’s masked some weakness in the Nasdaq and NYSE advance-decline line, signaling a lack of breadth in the recent move. Further, the fierce selling or reversals in a number of growth stocks, including APPS stock, UP Fintech (TIGR) and Star Bulk Carriers (SBLK), was a little troubling.

But beyond Apple, Google or Amazon, there are still a lot of actionable stocks or quality names setting up.

Some growth names had more gradual pauses and are forming handles, such as Shopify (SHOP) and Zscaler (ZS). Several apparel retailers are hovering at buy points, including L Brands (LB) and American Eagle Outfitters (AEO). Housing-related stocks are starting to shape up, with Tempur-Sealy (TPX) breaking out last week.

Don’t get too concentrated in a particular stock or sector. If you do have a big position, be careful with any adds. Make sure to use proper buy points and keep your overall cost basis low. For new positions, definitely don’t buy extended, especially in highfliers.

Over this long Fourth of July weekend, hopefully you took time to celebrate with family and friends, and enjoy the fireworks. But the price of liberty, and financial independence, is eternal vigilance.

The stock market rally is offering opportunities and setups, but investors have to be disciplined. That means running screens to build up your watchlists, buying stocks at the right time and then staying alert to your holdings and overall market. Most of all, follow your sell rules.

These 5 Stocks From Hot Group Are Near Buy Points

Solution for your business