The stock market closed out the holiday-shortened trading week with yet another surge from the technology sector, but April Fools’ Day gains were more widespread than Wednesday’s tech-only party.

The S&P 500 eclipsed 4,000 for the first time on optimism gleaned from the Institute for Supply Management’s national factory index reading for March, which jumped to 64.7 from 60.8 a month ago. That marks the index’s strongest reading since December 1983 and easily beat the Reuters estimate of 61.3.

A quick reminder: Good Friday is a stock market holiday, but the Bureau of Labor Statistics will still release the March Employment Situation report tomorrow.

The Other Winners From Infrastructure Spending

While the infrastructure plan surely will help stocks in some way, the timing of passage and the scope of the final plan is still high in the air.

“Negotiations always take some time, and the $1.9T stimulus plan was an exception to the norm. Biden will likely struggle to gain bipartisan support,” says Gene Goldman, chief investment officer at Cetera Investment Management. “Most likely scenario is the infrastructure plan is watered down a bit and included in the budget planning process in the next fiscal year.”

Goldman also lays out a few likely winners in the event The American Jobs Plan passes, and, naturally, some of them include the various infrastructure plays we’ve discussed of late. But he also sees potential for semiconductor stocks, which already are benefiting from high demand and would be increasingly necessary in a bill that emphasizes newer technologies.

He also likes small-cap stocks, given their high correlation to economic growth. After all, smaller companies tend to derive more of their revenues domestically than their larger brethren, so a snap-back in the American economy would be a direct shot in the arm.

If so, that bodes well for these 11 smaller-sized companies, which have the confidence of Wall Street’s analyst community.

Kyle Woodley was long CRM and NVDA as of this writing. 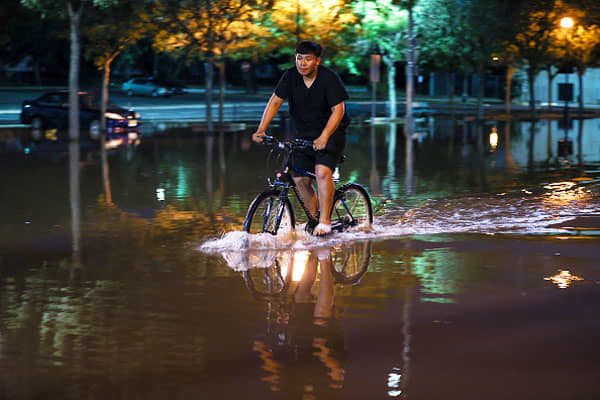